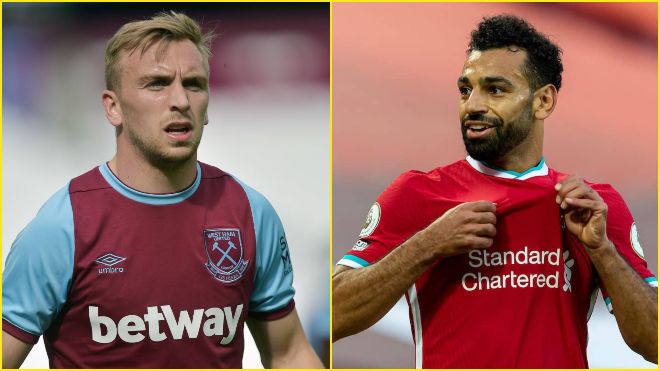 Liverpool FC star Mohamed Salah is set to extend his contract with the club this summer. Talks are going on for the Egyptian to extend his current contract. Salah’s existing contract runs up to 2023 and the club wants to secure his services further.

Along with Mohamed Salah, several other big stars like Fabinho, Allison and Virgil Van Dijk are in line to sign new contracts. The Reds are also continuously linked with Antoine Griezmann and Kylian Mbappe.

In 203 games in a Liverpool shirt, Mohamed Salah has managed to score 125 goals along with 43 assists. He has won the UEFA Champions League, Premier League, FIFA Club World Cup and UEFA Super Cup during his time.

Liverpool are also interested in West Ham United midfielder Jared Bowen. Under David Moyes, Bowen has flourished at West Ham along with Declan Rice. The Reds want to strengthen their midfield and see Bowen as a potential candidate.

Former West Ham United player Trevor Sinclair says he is not surprised to see Bowen being linked with Liverpool FC.

“I really like (Bowen) as a player. He’s athletic and has got great end product,” says former Three Lions international Sinclair.

“You look at Bowen and he’s a really well put together athlete. He makes good decisions and he’s only going to get better. So that (Liverpool interest) doesn’t surprise me,” he added.