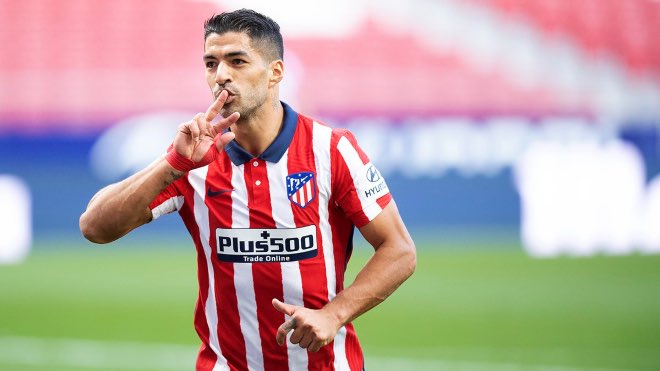 Luis Suarez had quite a spectacular impact during his debut for Atletico Madrid following his transfer from Barcelona, he scored twice and also managed to provide an assist as his team smashed Granada 6-1 at home during the team’s first match of the La Liga season on Sunday.

Luis Suarez just joined Atletico Madrid from FC Barcelona on Friday. And he was put in the bench for the match against Granada. He was subbed into the match halfway through the 2nd half of the match. And by that time, Atletico Madrid were already ahead with goals coming in from Diego Costa, Angel Correa and Joao Felix.

In the 70th minute, Suarez replaced Diego Costa. The Uruguayan took no much time to get settled in and have an impact, he scored just in the 85th minute. Jorge Molina Vidal in the 87th minute scored the only Granada goal.

His first touch was a great pass for the goal by Marcos Llorente and in the 85th the Uruguayan striker netted his first goal for Atletico Madrid, he hit the ball in the top corner with a good header. In the final minutes of the added time, he scored his 2nd goal, a left-footed strike after the first shot hit the post.

Suárez had already come close to a goal with a low scoring chance in the 76th minute and had also been refused the chance from the penalty spot, following the reversal of a penalty decision from the video review. He was set to take the penalty kick before the decision was reversed.

Atletico Madrid didn’t have to pay more than 6 million euros the secure the services of the Uruguayan striker from the rival club FC Barcelona after the Barcelona board felt that now they don’t require Luis Suarez.

And in response to the deal, the FC Barcelona legend Lionel Messi criticised the board and the management. Luis Suarez is as one of the goal-scoring machines in the footballing world.