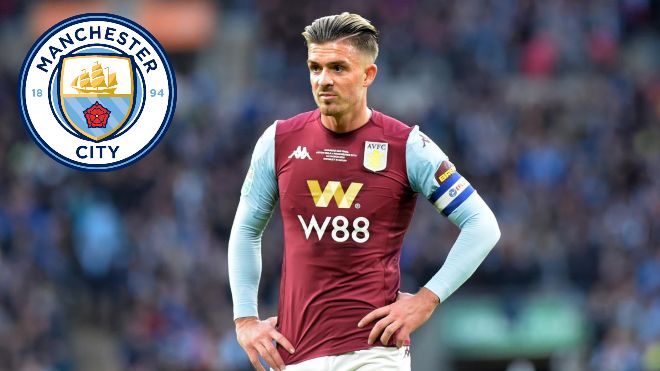 Manchester City are making big steps in this season’s summer transfer window. The Cityzens have already made an advance towards Tottenham Hotspur’s Harry Kane and are now targetting Aston Villa playmaker Jack Grealish.

It’s been reported that Manchester City are trying to bid a mammoth £100 million for Jack Grealish. That’s a huge sum of money. Moreover, they are also ready to spend £100 million upwards for Harry Kane. It’s clear that Pep Guardiola is going all in.

However, Aston Villa are not going to part so easily with their club captain. Villa sees Grealish as an integral part of their squad and are not willing to accept any bids. But if £100 million comes for Grealish it will be difficult to say no.

Jack Grealish is currently with England playing in the European Championship. He assisted Raheem Sterling with the goal against the Czech Republic. Grealish is a fantastic prospect in the Premier League who has performed admirably well in the last season.

“Jack Grealish is going to be hot property this summer. Lots of clubs would like to sign him, but he has a long-term contract and Villa do not want to sell him,” said Sky News Kaveh Solhekol.

“It is unlikely City would sign a striker of the calibre of Kane or Haaland, and Grealish as well. The only way that could happen is if they sold players. Do Villa want to sell Grealish? The answer is a resounding no. He’s their captain and has four years left on his contract,” he said.

“We know Grealish will be talked a lot about this summer, we know a lot of clubs want to sign him, but in transfer sagas, you have to look at who holds the power,” he added.