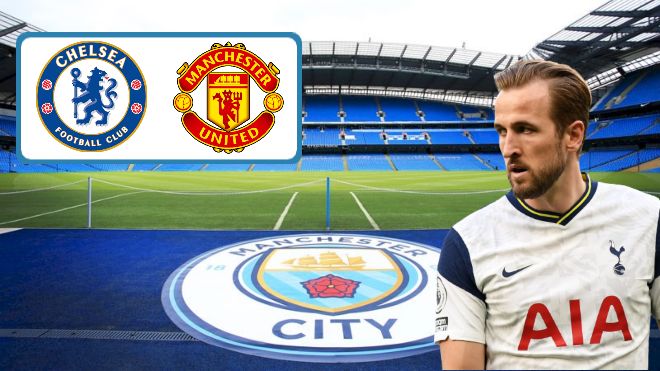 When Sergio Aguero left Manchester City last season, almost everyone knew that Pep Guardiola will be bringing in a star striker. Manchester City have set their eyes on Tottenham Hotspur’s Harry Kane and are going all-in for him.

According to reports Manchester City have submitted a £100 million bid to Tottenham Hotspur for Harry Kane. Moreover, they are also interested to include players in the deal to get the services of Harry Kane. Some of the players that are included are – Raheem Sterling, Aymeric Laporte and Gabriel Jesus.

However, Tottenham Hotspur is expected to reject this offer. They are persistent about keeping their main man. The minimum buying price for Harry Kane is to be set at £120 million. On the other hand, Harry Kane has made it very clear that he wants to leave the club. Transfer window reporter Fabrizio Romano has confirmed the news.

“All I will say is his frustrations in not winning are shared by me and all the fans and players. We all want to win,” Levy said on the club’s official website.

“One of the items that Fabio will have to deal with when he comes in is which players are going to be retained, which will be asked to look for other clubs,” he added.

“There is a market out there. What we want and what other clubs want is not always possible to achieve. We will do whatever is right for the club,” he said.

Amongst the other interested clubs are Chelsea and Manchester United. Thomas Tuchel is hunting for a reliable striker and has Harry Kane and Erling Haaland on his list. Moreover Manchester United are also looking for a long term solution after renewing with Edison Cavani.