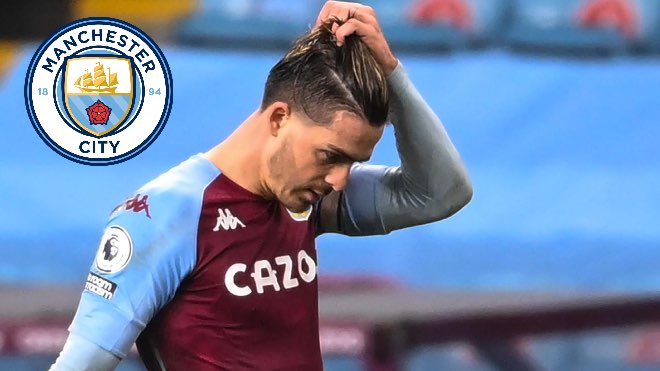 According to reports, Manchester City have submitted a mammoth £100 million bid for Jack Grealish. The Cityzens have been interested in Jack Grealish for a long long time and are ready to make the push for him.

Aston Villa remains confident that they will be able to keep hold of their star man. Villa are preparing a new £200,000 per week contract for Jack Grealish. They are adamant in keeping hold of Jack Grealish at his boyhood club.

On the other hand, Manchester United fans are very disappointed with City’s progress. United supporters believe that Jack Grealish belongs at Old Trafford. They took to social media to vent out their frustration.

@TheUnitedLatest posted: “It will be a sad day once Jack Grealish becomes a City player. Always followed Villa games just to watch him play. One of the most exciting players in English football right now. We all know he likes United, but it just wasn’t meant to be.”

@fhjg_kl posted: “One player I always hoped United would sign. He deserves a big move – it’s just a shame it’s to THAT team instead.”

@MerlinUnited added: “What I’m worried about is Pep [Guardiola] bringing in Grealish to add those variations to his play. I’m not saying he’s a Messi, nobody is, but like now, he had players around who could keep the ball until the sun goes down. When opponents lose focus, Grealish can attack them with something different.”