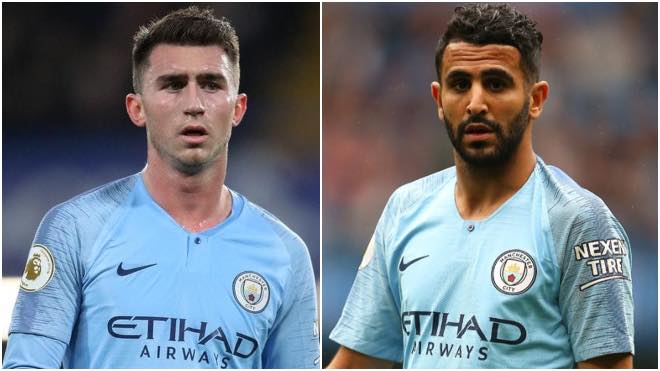 Manchester City who finished the last season at the second spot have received an unexpected blow, five days before the start of a fresh new season of the English Premier League. The Club earlier on Monday announced that the two players have been tested positive for coronavirus.

According to the official statement the French defender and the Algerian winger were self-isolated in accordance with the EPL and Government rules. The official statement further added that neither Mahrez nor Laporte displayed any kind of symptoms prior to the test as both the players continue to remain asymptomatic.

“Both players are currently observing a period of self-isolation in accordance with Premier League and UK Government protocol on quarantine. Neither is displaying symptoms of the virus,” the statement read.

“Everyone at the Club wishes Riyad and Aymeric a speedy recovery ahead of their return to training and the new season,” the statement further added.

Pep Guardiola is likely to welcome the duo back into the squad as soon as the self-isolation norms are met; even if the players make it to the squad before the season opener against Wolves on the 21st of September they are likely to be sidelined due to lack of practice and fitness.