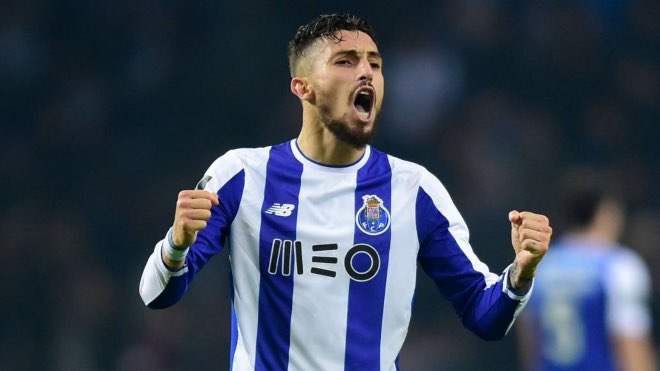 According to sources, Manchester United have agreed to a deal for Porto defender Alex Telles. Since Sergio Reguilon joined Tottenham Hotspur, the 27-year-old Brazilian is linked to switch to Manchester United.

At the end of the current season, Telles is out of contract in Porto and there was a possibility that Ed Woodward would wait until January for him to enter into a pre-contract deal to avoid paying the transfer fee.

The compromise deal with the player seems to have been reached between Man United and his club yesterday and will be completed before the close of the transfer deadline with the original price of about £22 million.

The initial fee of £15 million, which could increase to £17 million, has been accepted. Telles signs a four-year contract with an option of a five in future depending on the player performance.

United has allowed Defender Diogo Dalot to join AC Milan in a seasonal loan, which must have opened a place in the left-back position in the squad and Chris Smalling is still expecting a move, Roma, on a permanent transfer deal.

It is anticipated that Telles, who will give additional options to the full-back position, will be United’s third summer signing. In September Donny van de Beek arrived from Ajax, and it is known that on a Sunday afternoon, Edinson Cavani flew to Manchester to complete his transfer.