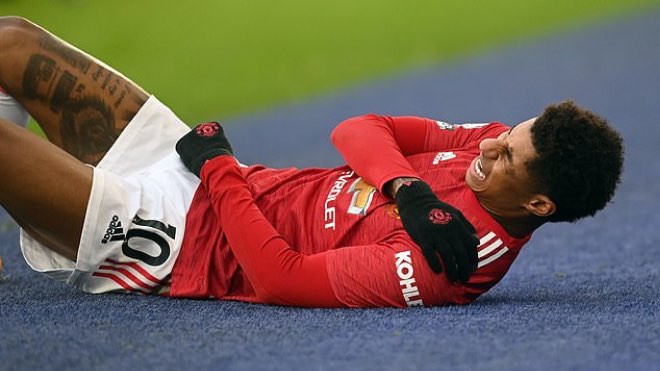 Marcus Rashford to miss start of the season due to injury

Manchester United forward Marcus Rashford will undergo shoulder surgery. The 23-year English international will be missing out on the start of the Premier League season with United the club confirmed.

Marcus Rashford had an injury troubled season last year as well. Moreover, he participated in the UEFA Euros with the injury as well. He was amongst the three English players who missed a penalty in the final against Italy.

“He will now focus on his rehabilitation in order to return as soon as possible,” the statement added.

Manchester United will begin their Premier League season against Leeds United on the 14th of August. Moreover, Marcus Rashford is at risk of missing up to five FIFA World Cup qualifiers. He said earlier that he was not at peak fitness levels ahead of the Euros.

“Obviously, I am not performing at my best and what I know I can perform to,” Rashford said at the time.

“Whatever that is down to, it doesn’t really matter because it has been going on since early on in the season. I managed to get through the season with United,” he said.

“I think I had 36 goal involvements, so I can’t look back at the year and say ‘mmm, I should have taken time off to do this and do that. That’s just not the way I look at things. I just want to be available for every gam,” he added.