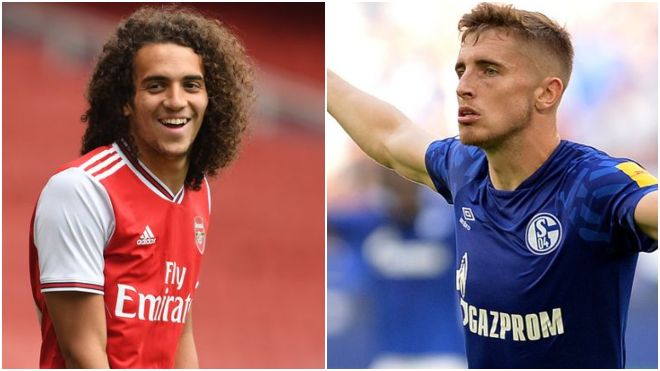 Matteo Guendouzi is set to leave the Gunners; Arsenal interested in Jonjoe Kenny

Arsenal are linked with a vast variety of names this summer transfer window. Manager Mikel Arteta is looking for a major overhaul with the squad and is looking at several incomings as well as outgoings.

Frenchman Matteo Guendouzi is set to leave Arsenal with a move to Benfica on the cards. He spent the 2020/21 season out on loan at Bundesliga club Hertha Berlin. French side Olympique Marseille are also interested.

Matteo Guendozi had a troublesome time in his period of 3 years. At current it is believed that he doesn’t see eye to eye with manager Mikel Arteta. Although there has been no formal agreement with the Portuguese giant’s, reports suggest it might be close.

Recently Arsenal were linked with Brighton and Hove Albion defender Ben White. They had submitted an official bid of £40 million but it was rejected by the seagulls. Now they are looking at another prospect Jonjoe Kenny.

Jonjoe Kenny is an Evertonian who spent last season on loan to Schalke. He plays in the right-back role and has been impressive. Arsenal are hoping he can fill in the right defensive slot given the rumours of Hector Bellerin departing.

“I really like him [Kenny], he is your typical Scouse full-back, very aggressive, takes no prisoners but he also has quality going forward,” said former Liverpool man Jamie Carragher.

“You can see what it means to him playing for Everton. The traditions of Everton are that they always have those types of players,” he added.