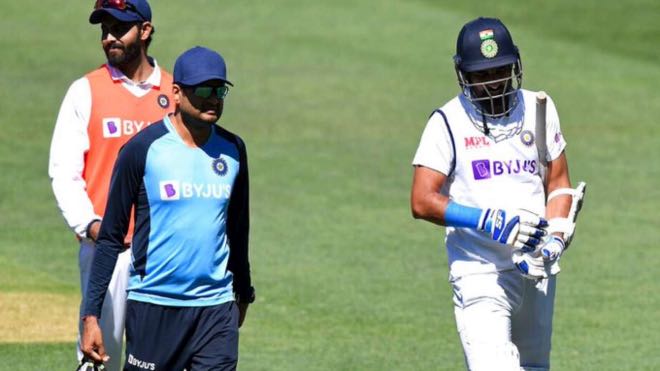 Indian pacer Mohammad Shami to miss the remaining three Test matches against Australia after suffering a fracture on his bowling wrist during batting in the first Test match. This comes after India 8-wicket defeat by Australia in the opening match of the series.

Pat Cummins bouncer had hit Mohammed Shami on his bowling arm during India’s second innings on Saturday which ended at a record lowest 36/9 after he retired hurt. He was taken to a hospital for scans, which revealed a fracture.

According to an India Today report, Shami is set to miss the last 3 Tests against Australia. The scans reports of Shami have confirmed that he has fractured his arm and will not be playing the rest of the series.

“No news on Shami, he’s going for a scan now. He was in a lot of pain, couldn’t even lift his arm. We’ll probably know in the evening what happens,” captain Virat Kohli revealed after team India lost by 8 wickets.