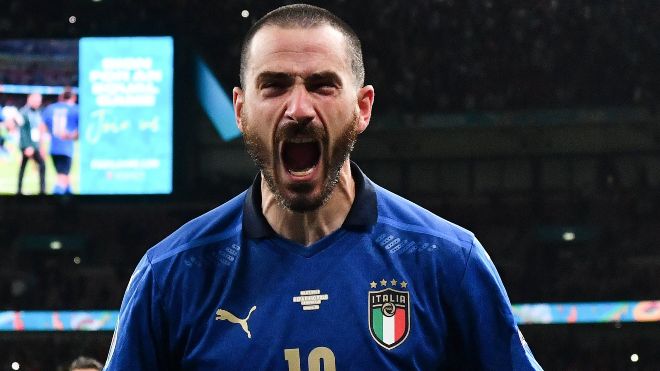 Italy were crowned as the champions of the UEFA Euro 2020 after winning 3-2 on penalties against England. The Azzuri came roaring back into the match after falling behind in just the second minute to register a memorable victory.

Luke Shaw had put England in front with the fastest goal in a European Championship final. However, veteran player Leonardo Bonucci scored from the corner in the second half to level things up.

Leonardo Bonucci took advantage of every moment to remind England fans of their misery and shouted towards them, “More pasta! We need to eat more pasta!”

Additionally, he also took hold of the camera and said ‘It’s coming to Rome!’ which is the Italian version in reply to English fans much popular chant ‘It’s coming home’.

“A historic goal is a dream come true and the credit goes to the coach, the whole squad,” he said.

“When we got together in Sardinia, there was something different compared to the past. We slowly gained confidence, certainty, unity. This was the icing on the cake that makes us legends,” he added.

“It’s a unique feeling and we are relishing it. Seeing 65,000 people leave before the trophy was handed out is something to relish, now the cup is coming to Rome. They thought it was staying in London, sorry for them, but Italy once again taught a lesson,” Bonucci said.