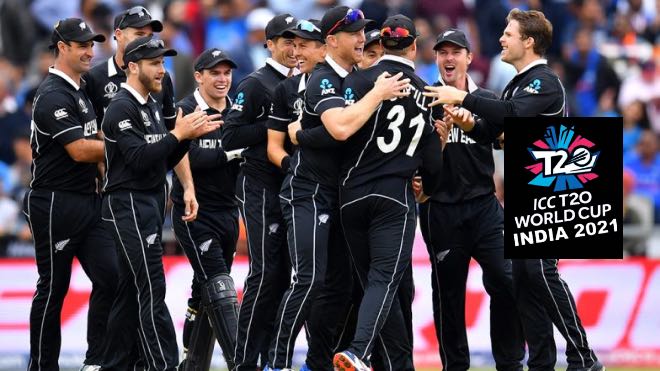 New Zealand Cricket on Monday announced the squad for the T20 World Cup 2021, set to be played in UAE from October 17. Kane Williamson will lead a settled T20 World Cup squad featuring a three-strong frontline spin attack of Mitchell Santner, Ish Sodhi and Todd Astle, backed up by Mark Chapman and Glenn Phillips.

Tim Seifert will keep wickets and open the batting with Martin Guptill, while Devon Conway fills out the top order and is set to feature in his first white-ball World Cup.

Adam Milne has been selected as the 16th man and will join the squad for the tournament but can only be called upon in the event of an injury.

Players in the 16-strong squad for the T20 World Cup were not considered for the five T20s against Bangladesh starting September 2, or the three ODIs in Pakistan beginning September 17.

However, Guptill, Chapman, Mitchell, Astle and Sodhi will join the team in Pakistan for the five T20s starting September 25, while those BLACKCAPS involved in the prematurely-suspended IPL21 will be allowed to re-join their franchises in the lead up to the World Cup.

With an eye to the Test matches against India in November and December, Devon Conway and Tim Southee will link up with the squad directly from New Zealand in early October.

Tom Latham will captain the teams to Bangladesh and Pakistan and will have the experience of Henry Nicholls, Colin de Grandhomme, Hamish Bennett, Tom Blundell and Will Young to call on across the tours.

The first Black Caps squad will depart for Bangladesh on 23 August and players from the Test tour of India will return home and complete managed isolation before Christmas.