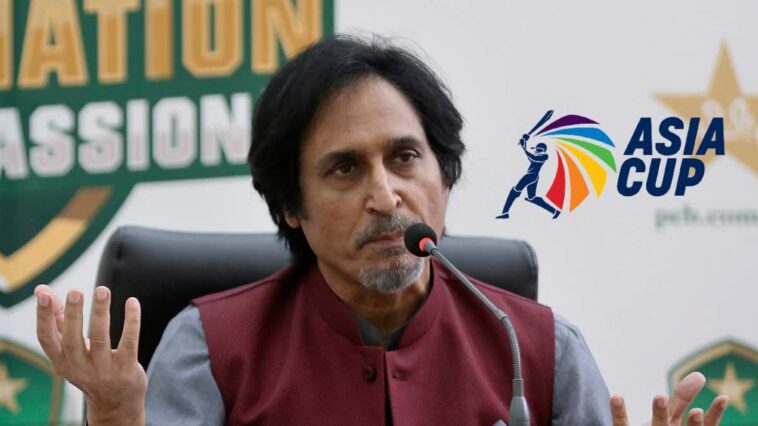 Pakistan, on Tuesday, threatened to pull out of the 2023 ODI World Cup if India does not travel to Pakistan for the Asia Cup 2023.

After BCCI secretary and Asian Cricket Council (ACC) president Jay Shah’s statement that India won’t be travelling to Pakistan for the 2023 Asia Cup, Pakistan Cricket Board (PCB) chairman Ramiz Raja said that Pakistan may have to pull out of the ICC ODI World Cup 2023 in consequence of them not hosting the Asia Cup next year.

Sources close to Raja and the PCB said, “We have nothing to say at the moment, but yes, we will look at things and take up this matter at appropriate forums like the ICC board meeting in Melbourne next month.”

“The PCB officials are surprised at the timing of Jay Shah’s statement because there is still nearly a year to go before the Asia Cup is held in Pakistan in September 2023. The PCB is wondering in what capacity has Jay Shah given the statement that the ACC will look to relocate the Asia Cup to UAE out of Pakistan because the hosting rights were awarded by the executive board of the ACC, not the president,” the source added.

“One option under consideration will be to pull out of the ACC as the PCB believes the ACC was formed to promote and develop cricket in the region and forge unity among the member nations. But the President of the ACC is going to give statements like these, there is no use for Pakistan to remain in the body,” he added.