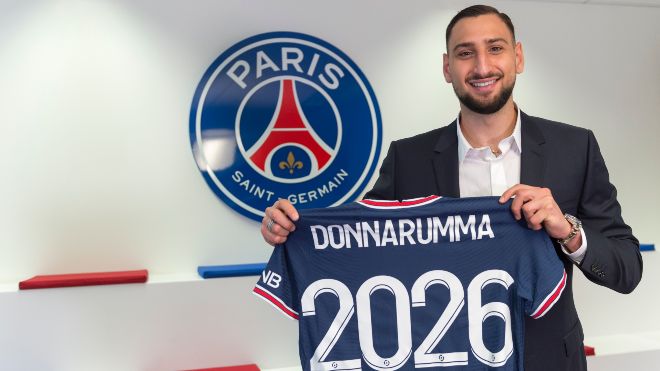 Italian goalkeeper Gianluigi Donnarumma has signed up for French club Paris Saint-Germain in a five-year deal. He joins them from AC Milan as a free agent after his contract at Milan ended this year.

Gianluigi Donnarumma has been in stunning form this summer and is one of the best goalkeepers around at the moment. He was awarded as the man of the tournament in this year’s UEFA Euros after he became the hero in the penalty shootout against England.

Paris Saint-Germain are certainly building a winning team this season after they failed to win the Ligue 1 and the UEFA Champions League last season. They have so far signed Sergio Ramos, Achraf Hakimi, Gini Wjinaldum and now Gianluigi Donnarumma.

“I am very happy to be part of this great club that is Paris Saint-Germain,” Donnarumma said.

“I feel ready to take on this new challenge and continue to grow here. With Paris, I want to win as much as possible and give joy to the supporters,” he added.