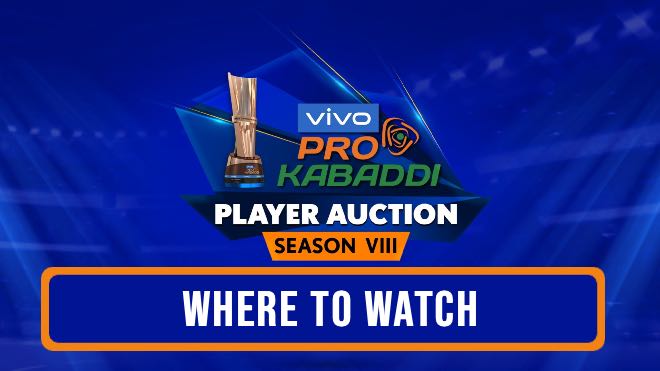 The Pro Kabaddi 2021 players auction (PKL 2021 Auction) will be a three-day affair starting on August 29 with more than 450 players set to go under the hammer in Mumbai.

The 12 teams need to make up their respective squads for PKL Season 8 having collectively released 161 players ahead of the new campaign.

Most of the released players have been added to the auction pool, which also has additions from the domestic field and the New Young Players. Players from the top eight ranked teams of the senior national kabaddi championships of the last two seasons and overseas players too make up the pool.

Each franchise can spend Rs 4.4 crores to build their teams and can avail of a maximum of two Final Bid Match cards, depending on the number of players they have already retained.

With big names in the Pro Kabaddi auction pool, including legends like Pardeep Narwal, Ajay Thakur, Rahul Chaudhari and Rohit Kumar among others along with rising players, the bidding is expected to be fierce.

In Season 6, six players hit the one crore mark while two kabaddi players, including Siddharth Desai and Nitin Tomar, crossed the eight-figure mark, for Season 7. Neither of them has been retained by their respective teams for PKL Season 8.

This player auction pool is divided into four categories: Category A, B, C and D. Base Prices are as follows: Category A is Rs 30 lakhs, B is Rs 20 lakhs, C Rs 10 lakhs and D is Rs 6 lakhs.

Live streaming of the Pro Kabaddi 2021 auction will be available on Disney+ Hotstar.

Only bidding for domestic players in category A on August 30 will be broadcast live. The Pro Kabaddi 2021 auction starts at 6:30 PM IST.