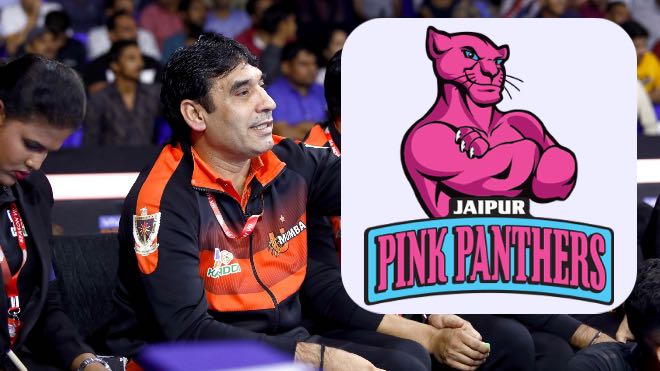 PKL 2021: Jaipur Pink Panthers ropes in Sanjeev Baliyan on board as head coach for Pro Kabaddi 2021

Jaipur Pink Panthers have roped in Sanjeev Kumar Baliyan as the head coach for season 8 of the Pro Kabaddi League (PKL 2021). The team made the announcement ahead of the PKL 2021 player auction that is set to commence on the 29th of August 2021.

Sanjeev Kumar Baliyan was seen coaching U Mumba in PKL 2019 along with Upendra Kumar. The duo will now be seen in Jaipur Pink Panthers colours where they will look to emulate the success of their former franchise. U Mumba finished in the third spot in the PKL league table last season with 12 wins in 22 matches before bowing against eventual champions Bengal Warriors in the Semi-final.

Baliyan nurtured many young talents such as Abhishek Singh, Arjun Deshwal, and Ajinkya Karpe at U Mumba. Jaipur Pink Panthers will be hoping he can do more of the same with his new franchise.

Baliyan joins Jaipur Pink Panthers on the back of some impressive credentials. He is an Arjuna awardee and a former Kabaddi World Cup and Senior National Kabaddi Championship winner. He is no stranger to being the man behind the scenes either, as he was a part of the coaching team that took Patna Pirates to the PKL title in Season 3. He was also the coach of the Railways team that won the 67th Senior National Kabaddi Championship.

The duo of Sanjeev Baliyan and Upendra Kumar will be replacing Jaipur Pink Panthers’ PKL 20219 coach Srinivas Reddy. The team had found good momentum under Reddy early on in the season but could not keep it going. Eventually, they fell 6 points short of a Playoffs spot.