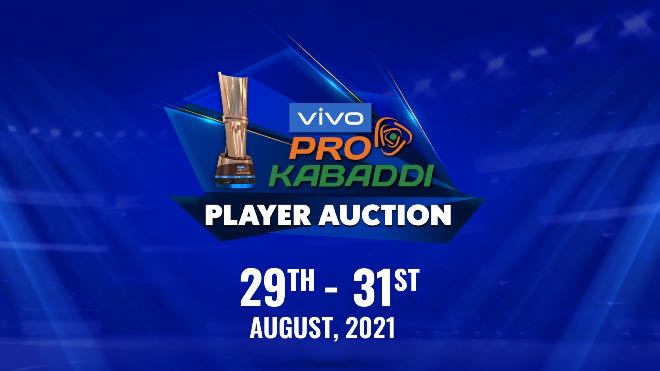 Mashal Sports, organizers of the Pro Kabaddi League (PKL), has announced the return of the tournament, starting with the Season 8 Player Auction (PKL 2021) that will take place between August 29th and 31st, 2021.

Mashal Sports plans to commence Season 8 of the Pro Kabaddi League in December 2021, in complete compliance with the health and safety regulations set by the Government of India.

The Season 8 Player Auctions will initiate a grand return of the league after a gap of nearly two years. This Player Auction will see Domestic, Overseas, and New Young Players (NYPs) divided into four categories: Category A, B, C and D. Within each category, the players will be further sub-divided as ‘All-Rounders’, ‘Defenders’ and ‘Raiders’.

The Season 8 Player Pool has been expanded to 500+ athletes including all squad players from PKL Season 6 and 7, as well as all players who have represented the top 8 ranked teams of the AKFI Senior Men’s National Kabaddi Championships of 2020 and 2021 amongst others.

“We are excited about the return of PKL after two long years as it is home to top-quality kabaddi for fans in India and the world. There is immense excitement among players as we get ready for the player auctions for Season 8. We are sure to find more heroes through the upcoming auctions as we have in the last several seasons,” said Anupam Goswami, CEO, Mashal Sports and League Commissioner, PKL.

“PKL Season 8, will be conducted as per strict government rules and safety protocols with the support and cooperation of all our stakeholders and associates in the national kabaddi ecosystem under the AKFI,” he further added.

Before going into the auction, the PKL teams are also expected to exercise their choice of retention of PKL Season 7 squads as per the league policies. For each PKL Season, teams are allowed to retain up to six players under the Elite Retained Players category and up to six New Young Players (NYPs) under stipulated conditions.

Of the 500+ players from the player pool, players who are not retained by the franchisees will go under the hammer during the three-day auction process in Mumbai, part of which will be telecast LIVE on the Star Sports Network.