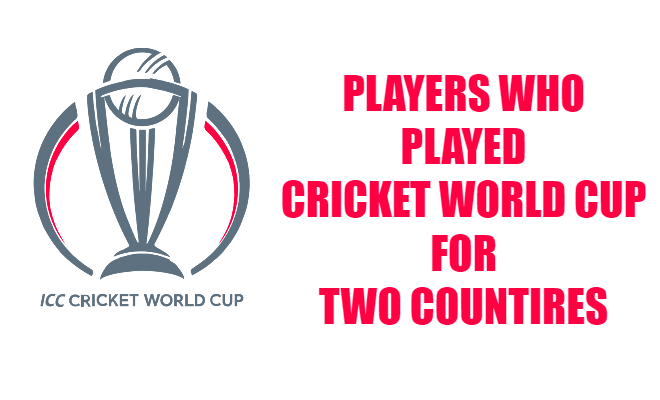 Morgan made his One Day International debut for Ireland on 5 August 2006 against Scotland. All together Morgan has played 23 ODIs for Ireland, scoring 744 runs at an average of 35.42.

Eoin Morgan played for Ireland in the 2007 Cricket World and scored just 91 runs from nine innings.

Morgan made his One Day International debut for England on 24 May 2009 against West Indies. Eoin Morgan played his first World Cup for England in 2011, and lead the team in 2015 and 2019 World Cup.

Ed Joyce is a former Irish cricketer who played for both the Ireland and England. Ed Joyce represented England in 2007 World Cup. In 2010 Ed Joyce was dropped of the England team, and then he decided to represent Ireland.

Anderson Cummins made his ODI debut for West Indies on 20 December 1991 against Pakistan and later went on to play the 1992 World Cup for West Indies. Anderson stopped playing international cricket in 1996 but then at the age of 40 in 2007 he was selected for Canada Cricket team for an ODI tri-series against Kenya and Scotland as he was living in Canada for a long time and playing domestic cricket. He was later included in the Canadian squad for the 2007 Cricket World Cup and played the match against Kenya to become the second man in history to play World Cup cricket for two different country.