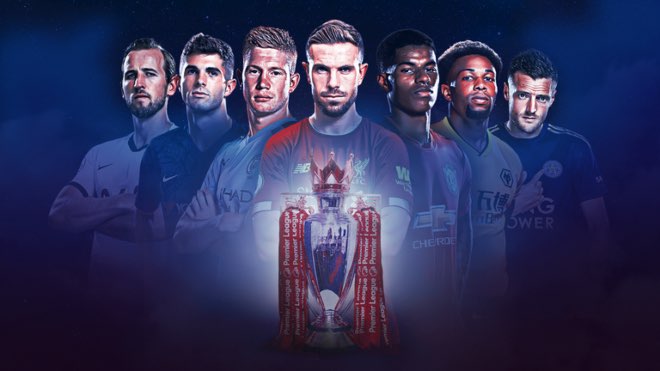 Get your calendars out and mark the dates because the most exciting football league in the world is back, Premier League is back! The new season is set to kick off in less than two weeks. The Best part of the beginning of a new season is that fans always have hopes that their teams will do better than the previous season, especially in the cases for a few teams that need no naming.

Teams to watch out for:

The reinforcements for the team have arrived and Chelsea looks like an excellent team on paper. With the likes of Timo Werner, Hakim Ziyech joining the attack along with the in-form Christian Pulisic, the attack looks awfully dangerous. Thiago Silva, Ben Chilwell, and Malang Sarr could finally be the missing pieces to the puzzle in defence. Through the right combination, they could be a serious contender for the title under the leadership of Frank Lampard.

Pep Guardiola would have been furious with the team’s performances after the league restart last season and finishing 18 points behind the winners. He will be working towards the team bouncing right back and start the season strong. With the rumours of Messi leaving Barça, who would be looking to play in a top club, things could get very interesting should he join forces with his ex-coach. The link-up between Kevin De Bruyne and Leo Messi could be magical. Either way, with or without the joining of the G.O.A.T, City will be a title contender under the leadership of an angry Pep.

A long-overdue return to the top flight of English football, a club of its stature is bound to be a team to watch out for. Led by the veteran Marcelo Biesla, they’re likely to cause some upsets during the season. Biesla’s men have played some ravaging football last season, winning the EFL Championship which secured their place back to the top flight. The successful signing of Rodrigo Moreno from Valencia will surely add to the strength of the attack and he can very well get adapted to the infamous ‘Biesla Ball’ playing style. All though not a title-contending team, Biesla would definitely push to finish in the top half of the table unless, their fairy-tale run continues in the Premier League as well, just imagine lifting the trophy their first season back. Facing the defending champions, Liverpool on their first game back will be a true test.

We have some mouth-watering fixtures on the opening day of the league. Fulham, who have made a comeback to top-flight football will take on Arsenal, who have been in impeccable form in the domestic competitions, it should be an excellent opener. Later on, Crystal Palace host Southampton and West Ham take on Newcastle United. Perhaps the most exciting fixture of the day will see the defending champions, Liverpool host Leeds at Anfield.

*All times are in IST

The broadcasting rights of the Premier League in the Indian Subcontinent are bought by STAR Network.