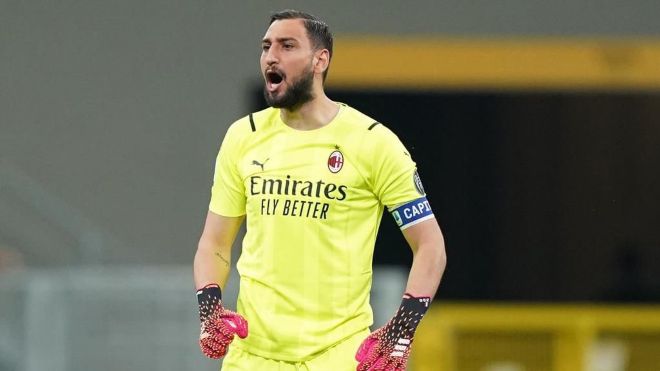 According to transfer news expert Fabrizio Romano, PSG are discussing with Gianluigi Donnarumma about the possibility of joining the club. The 22-year-old was voted the best keeper in Serie A on the back of an impressive campaign. Donnarumma kept 14 clean sheets in 37 games for Milan helping then to a Champions League berth after eight years.

The 6 ft tall goalkeeper decided not to renew his contract with the Italian giants after staying for so long. He is frighteningly young considering the age of his position. Agent Mino Raiola also stressed his client’s importance of finding a new destination for his growing career. Now, it seems all roads are leading to Paris.

PSG are willing to offer a contract until June 2026. His salary will be around €12m per season including add-ons if the move materialize. An agreement is imminent between the sides. Medicals are also set to take place in the Italy national team camp where Donnarumma is preparing for the Euros.

The Ligue 1 outfit did renew their number one Keylor Navas’s contract and Donnarumma’s addition will allow competition for the place. The sense is that the latter will replace the former in near future. Onus on Donnarumma now if he wants to sit on the bench for at least a season. He may spent a year on loan.

This movement on Donnarumma’s deal is a blow to the transfer stance of Juventus and Premier League duo of Arsenal and Chelsea. Barcelona are the other candidates. Among them, Juventus were the frontrunners for his signature.

According to Sky Sports, every other candidate for Donnarumma will miss out on his signature if the offer from PSG is not bettered. So it is almost certain that the Italian will be heading to PSG. From the club perspective, it will be a coup after securing Georginio Wijnaldum also on a free from Liverpool.