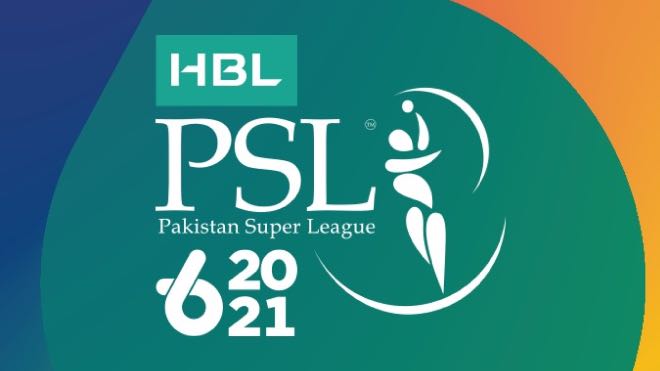 The sixth season of the Pakistan Super League (PSL 2021) once again back on track and will resume from 9 June with its remaining matches along with the final to be played in Abu Dhabi, United Arab Emirates, the Final to be played on 24th June.

14 matches of the tournament were completed in the normal schedule in the month of February and March before the Virus breached the bio bubble and then several players and the staff were then found COVID positive and led to the suspension of the tournament for an indefinite period.

But after the meetings conducted by the Pakistan Cricket Board (PCB) and concluded to resume the tournament from June 1, with all the remaining matches to be conducted in Karachi but the increased cases of COVID-19 in Pakistan led PCB to once again revise their decision. The PCB in meeting with the franchises concluded to shift the Tournament to Abu Dhabi, UAE.

The schedule will be that of the 20 matches remaining, 16 league matches to played from June 9th where it will be the encounter between Lahore Qalandars and Islamabad United and the last league phase matches will be on 19th June where the Quetta Gladiators will be facing Karachi Kings and Multan Sultans will be playing against Islamabad United. There are 5 doubleheader games in the tournament. The Playoffs will begin from Monday, 21 June with Qualifier and the Eliminator 1, Eliminator 2 on June 22 and the final on Thursday, 24th June.

Talking about the points table, the defending champions Karachi Kings are on top with 6 points followed by Peshawar Zalmi, Islamabad United and Lahore Qalandars with equal 6 points each. The Bottom two teams are Multan Sultans and Quetta Gladiators, having 2 points with the positions of 7th and 8th respectively. Mohammad Rizwan, the Wicketkeeper Batsman of Multan Sultans is the leading run-scorer with 297 runs in 5 matches with an average of 59.40 and Saqib Mahmood of Peshawar Zalmi is the leading wicket-taker with 12 wickets in 5 matches.