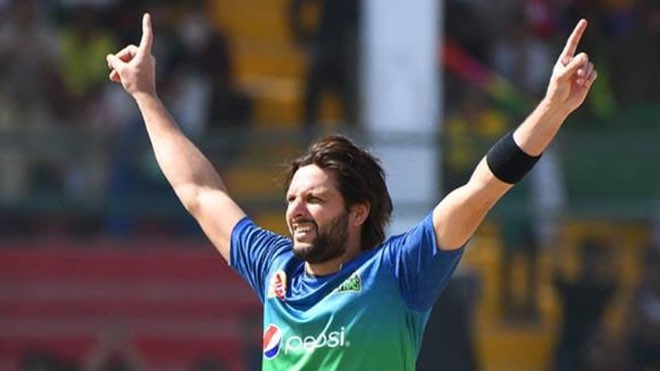 PSL 2021: Shahid Afridi ruled out due to back injury

Multan Sultans’ star all-rounder Shahid Afridi has been ruled out of the Abu Dhabi leg of the Pakistan Super League 6 (PSL 2021) due to a back injury. The former Pakistan captain was training in Karachi when he experienced pain in his lower back following which he was examined by a doctor who has advised him complete rest.

Shahid, who appeared in the four Karachi-leg matches, has been replaced by Khyber Pakhtunkhwa’s left-arm-spinner Asif Afridi who would be joining the Sultans squad in Abu Dhabi.

Speaking about the injury Shahid Afridi said, “While training for the remainder of the HBL Pakistan Super League 6, I felt lower back pain and had to consult a doctor. Unfortunately, I have been advised to rest and can no longer accompany my team Multan Sultans for the Abu Dhabi leg.”

“I am disappointed that I would be sitting out of the tournament, but my best wishes, support and prayers are with the team to take the trophy,” he added.