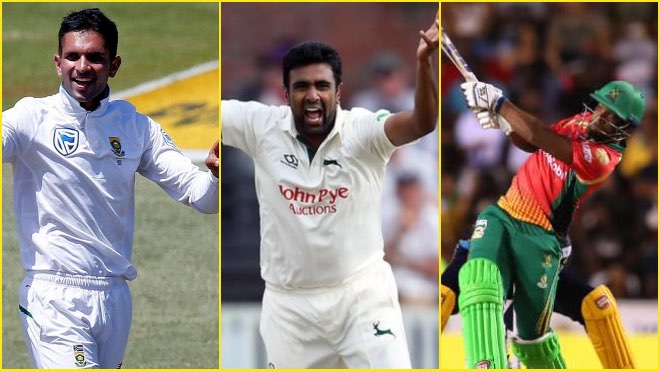 The Yorkshire County Cricket Club had announced that the contracts for three overseas star players, R Ashwin, Keshav Maharaj and Nicholas Pooran have been cancelled by mutual consent for 2020.

South African left-arm spinner Keshav Maharaj was to play the opening games against Gloucestershire and Essex. Maharaj was impressive last year by taking 38 wickets in five matches for Yorkshire. Ravichandran Ashwin was due to play most of the remaining Championship fixtures. Nicholas Pooran was to play the Vitality Blast 2020 for the Yorkshire Vikings.

Martyn Moxon, The Yorkshire County Cricket Club’s Director of Cricket said, “Firstly, I really appreciate the players’ understanding in this matter. We have been in regular contact with the players and their agents throughout this COVID pandemic. They have been extremely professional and appreciate the uncertainty facing counties at present. We hope that we will be able to see them at Emerald Headingley in the future.”

Start of English season has been delayed until July 1 as England and Wales Cricket Board have suspended all professional cricket till June.

With the late delay, several rounds of Championship matches are abandoned, and it doesn’t look economically viable for the counties. Several counties have cancelled their contracts with overseas players.

Contracts of Australia’s Peter Siddle (Essex), Nathan Lyon (Hampshire), and Glenn Maxwell and James Faulkner (both Lancashire) are other overseas players whose contracts are terminated by their respective counties