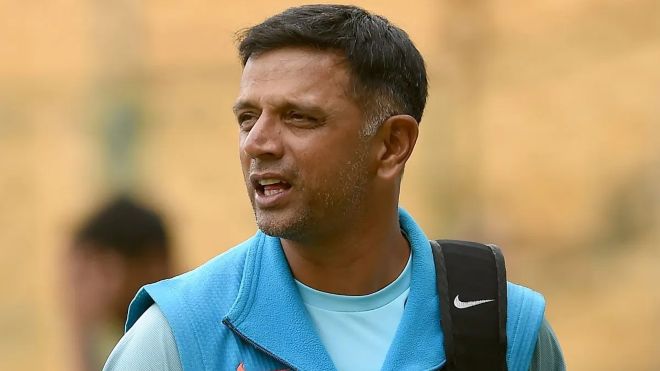 Rahul Dravid will be the coach for the Sri Lanka tour: Sourav Ganguly

The Board of Control for Cricket in India (BCCI) president Sourav Ganguly has confirmed that the Rahul Dravid will be the coach for the upcoming Sri Lanka tour. While the Indian Test squad will be preparing for the five-match test series against England, at the same time limited-overs specialists will take on Sri Lanka for 3 ODIs and 3T20Is.

Ganguly in an interview with The Indian Express said, “Rahul Dravid will be the coach for the Sri Lanka Tour.”

It will also help the team and the players to prepare for the upcoming T20 world cup. This can make the chances for the new players to come and claim a place in the final squad for the T20 world cup.

Rahul Dravid has been coaching the U-19 team and India-A teams for the past few years, and developing and India’s bench strength. Under his coaching, India had won the U-19 cricket world cup in 2018 and was the runners-up in 2016.  He is the head of the National Cricket Academy, Bangalore which processes and nurtures talents from different states in India.

BCCI has appealed to the Indian Government in a written application for the tax exemption for the T20 World Cup. A decision regarding whether the tournament stays in India will be taken soon.

In the interview, Ganguly said, “We have written to the Indian government on tax exemption. We are waiting for their response. We still have time. The board will decide on it soon.”

There are still many doubts regarding the future of the World T20 in India.  Though BCCI has not made it official, but still started to work on the logistics of UAE hosting the T20 world cup and world cup qualifiers in Oman.