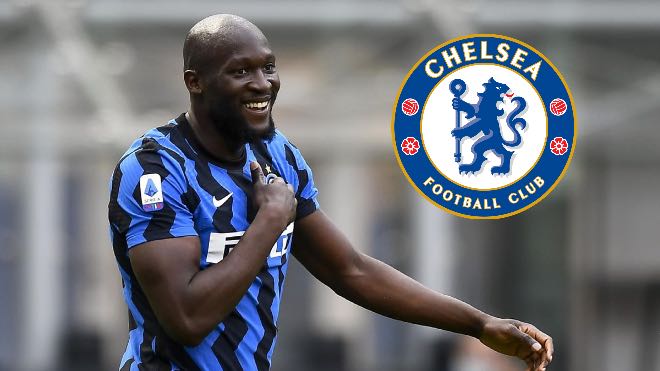 Romelu Lukaku is inching closer to a move to Chelsea

Premier League club Chelsea are targeting Belgian striker Romelu Lukaku this summer transfer window. According to multiple sources, Chelsea have submitted an official bid for the Inter Milan player and are determined to bring him in.

Romelu Lukaku was a Chelsea player earlier before making the shift to Everton and then Manchester United. He was in stellar form last season winning the Serie A with Antonio Conte.

The Blues are ready to offer €100 million for Romelu Lukaku and plus left-back Marcos Alonso. Official sources say that Inter Milan have declined the initial offer and are not ready to lose Lukaku after Achraf Hakimi leaving.

@FrankKhalid says: Romelu Lukaku rumours have increased in the last 24 hours, reports are saying if Chelsea offer £100 million then it would be hard for Inter Milan not to resist. Player is also thinking about the possibility of the move. I have to be honest & would love Lukaku at Chelsea.

@SkyKaveh says: Chelsea determined to sign Lukaku. €110-120m could convince Inter to sell. Player would carefully reflect on any offers put to him. He hasn’t turned down anything from Chelsea. If he was to move, motivating factor would not be money but desire to win biggest trophies in the game.

Moreover, Chelsea are ready to offer a new bid with higher numbers. They are confident about getting Lukaku. Additionally, Lukaku’s agent is also pushing for the move to Stamford Bridge.