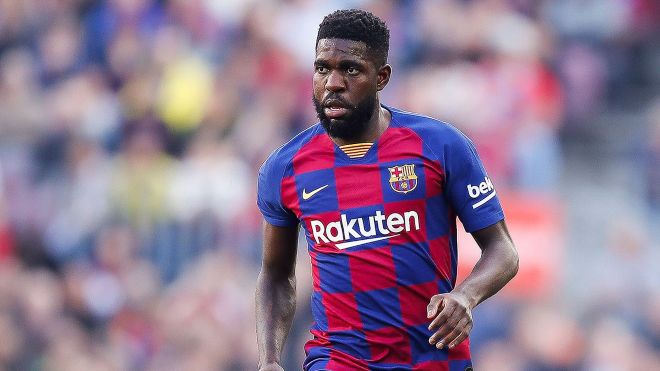 Samuel Umtiti wants to prove himself under Ronald Koeman

FC Barcelona are doing everything they can to reduce their costs at the moment. The wage bill of the club is extremely high at the moment and they cannot afford to pay so much. Furthermore, they are preparing a new contract for Lionel Messi so need all the available funds.

The club has sent out a statement to both players which reads, “given the current financial situation of the club and the salary limit, we’re giving the player the option to terminate their contract with the club and to leave”.

However, in this case, we are looking at a scenario wherein, Samuel Umtiti will be losing out on £35 million per year and Miralem Pjanic on £50 million. They won’t be getting such high wages anywhere else and hence are reluctant to go.

Samuel Umtiti is not ready to leave FC Barcelona

Defender Samuel Umtiti is adamant that he can get into the squad this season. According to reports Samuel Umtiti wants a chance to prove his worth to manager Ronald Koeman and has straight-up denied to leave.

However, it is more likely that Samuel will be going out on loan as no club would be able to bear the high expenses. Furthermore Spanish centre back Gerard Pique could also be in contention.

With the rest of the regular defender’s which includes the likes of Clement Lenglet, Jordi Alba and Eric Garcia busy in international competitions, will require more time to rest. This will give Ronald Koeman the option to test Umtiti and Pique.