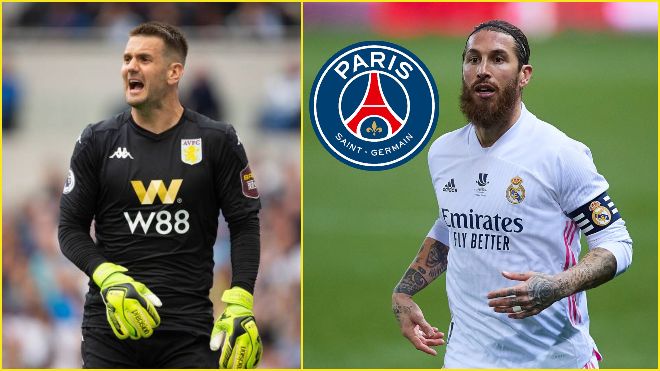 Sergio Ramos left Real Madrid CF this season after spending 16 years at the club. His contract with Real Madrid expired and he didn’t renew it hence leaving the club as a free agent. According to reports, Ramos had a disagreement with president Florentino Perez.

Sergio Ramos won several laurels with the Los Blancos including captaining the side to four UEFA Champions League titles. He is an experienced defender who can be important from an experience point of view.

Manchester United offered Sergio Ramos a contract worth £200,000 a week with the option for extending for another year. However on the other hand Sergio Ramos opted to join the French team as they were offering him a straight two-year deal although the wages are lower.

English goalkeeper Tom Heaton has returned back to Manchester United. His contract at Aston Villa had expired and he’s on his way back to Old Trafford. Heaton spent 13 years at Manchester United as a youngster.

Heaton has agreed to sign a contract with United up to the year 2023. Moreover, there’s an option to extend by one year. Tom Heaton has played for the England National Team there times.

“For me to have the opportunity to come back after spending 13 great years here as a kid, it’s an incredible feeling and I’m really, really excited to get started,” said Tom Heaton.