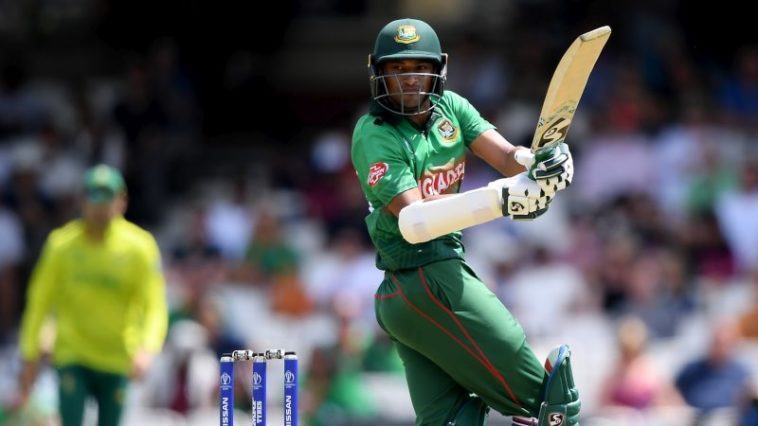 In a Facebook live session, Shakib said, “I have said before that I want to auction one of my bats. I have decided to auction the bat that was used in the last 2019 ODI World Cup. That bat is one of my favourite bats. My performance in batting in the last World Cup was quite good. I had a great performance, especially in batting. I have batted in the whole World Cup with one bat, I have also played using tape.”

The 33-year-old all-rounder had scored 606 runs with 5 half-centuries and 2 centuries in 8 innings with his ‘SG’ bat. Shakib was the third-highest run-scorer in the World Cup, just behind Rohit Sharma and David Warner in fewer innings than both.

Shakib also gave the auction details he said, “Tomorrow (April 22) the auction will be held from the “Auction for Auction” Facebook page. The entire proceeds from the auction will go to the Shakib Al Hasan Foundation. Details of this will also be given on the foundation page.”

Shakib is serving a two-year ban from all forms of cricket for not reporting corrupt approaches.