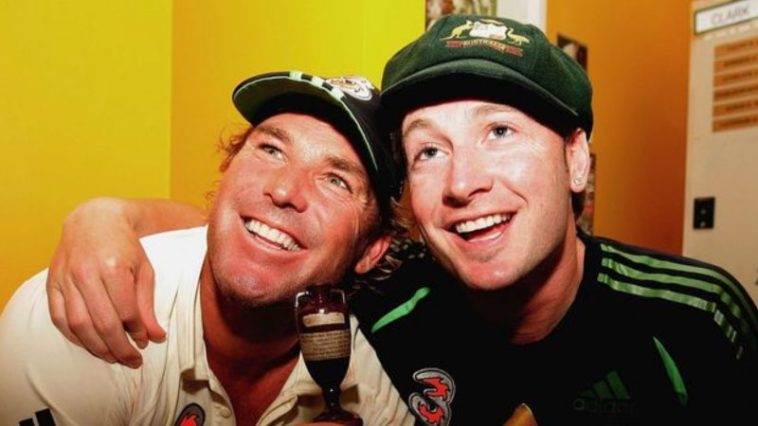 In 2006, before the Ashes, Australian players were called for a three-day training bootcamp in August. When John Buchanan, Australian coach back then asked Shane Warne to leave his cigarettes behind it doesn’t go down well with Warne.

Taking on show at the Big Sports Breakfast radio Shane Warne former teammate Michael Clarke revealed that Warne chooses cigarettes over underwear’s and socks when players were only allowed to take two T-shirt, a pair of pants, a pair of jogger’s, a cap, three pair of socks and three pairs underwears.

Michael Clarke said, “It didn’t start great when we were all in a room together and they said drop down to your jocks and we’ll tell you what you can take. For someone like Warnie who loved a smoke, he pretty much told them he is not coming unless he can bring his smokes. It was World War five.”

Then later he went on to say that Shane Warne was more powerful than John Buchanan so John gave an option. For each packet of cigarettes, an item has to be left. And in no time Warne left his three pair of socks and three underwear’s and took six packets of cigarettes with him.

“I would imagine John Buchanan would have been standing there thinking ‘oh my god if we tell Warnie not to come this is just going to end in an absolute disaster. No matter what happened Warnie was going to play that Test match, John Buchanan could not have dropped him or the selectors wouldn’t have not picked him so he (Warne) had a lot of power at the time,” he said.