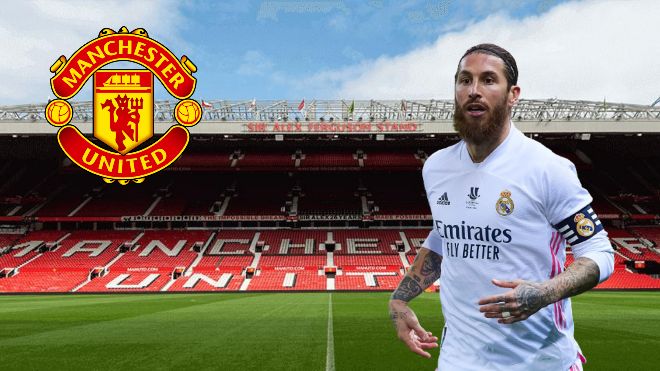 Spanish defender Sergio Ramos has left his club Real Madrid after 16 years. The Los Blancos announced that their long-serving captain won’t be a part of the next season. Moreover, they’ve also parted ways with manager Zinedine Zidane earlier.

Currently, Sergio Ramos is a free agent and on the market. Several big European clubs are interested in the defender given his exploits with Madrid. Amongst the names two that are very common are Paris Saint Germain and Manchester United.

According to reports Manchester United are interested in getting Sergio Ramos. The Red Devils are also said to be scouting Raphael Varane to solve their centre back problems. But Madrid at the moment are asking for a large fee for Varane.

As for Sergio Ramos, United won’t have to pay any transfer fee but only incur the wage bill. Paris Saint Germain are also looking at Sergio Ramos as a short term solution. PSG have already contacted Sergio Ramos’s agents.

However, should Manchester United follow Chelsea’s footsteps and get an old but experienced defender? Last season Chelsea hired Thiago Silva and won the UEFA Champions League. Manchester United believe Sergio Ramos can bring in the same experience as Silva did for Chelsea.

But one has to notice the fact that Thiago Silva player in a back three for Thomas Tuchel. He had Rudiger and Azpilicueta beside him to cover up plus two fullbacks. Hence his weakness in pace was not that much exposed.

However, if Sergio Ramos comes to Manchester United he will be in a two-man defence with no real protection from the midfield as well. This could prove to be a tough challenge for the ageing defender.