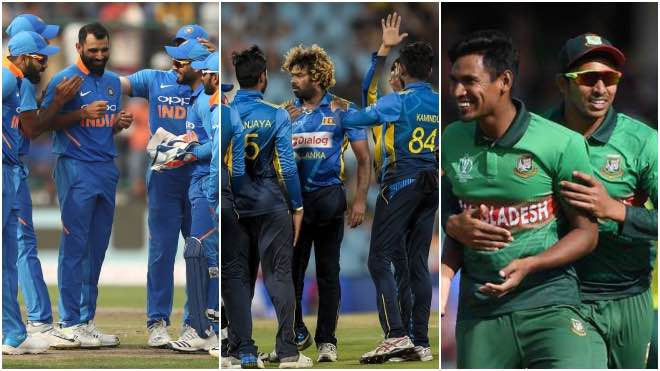 Sri Lanka Cricket (SLC) is willing to host India and Bangladesh in June-July after curfew relaxation in the country.

India is scheduled to tour Sri Lanka in June- July for three ODIs match and three T20Is, which will be followed by a three-Test match series against Bangladesh as part of the ICC World Test Championship.

With COVID-19 cases reducing the below 500 in Sri Lanka and relaxation in curfew, SLC is planning to host both India and Bangladesh.

SLC had inquired both India and Bangladesh in regards to the series and are waiting for the response.

“We have made inquiries from both the India and Bangladesh boards and are awaiting a response from them. As of now, those series haven’t been postponed,” SLC CEO Ashley de Silva said ESPNcricinfo.

Both India and Bangladesh are analysing the situation and are waiting before making any final decision.

Bangladesh are in discussion with SLC about the travel restriction and quarantine protocols.

Speaking about the development, BCB CEO Nizamuddin Chowdhury said, “We have to look at travelling restrictions in Bangladesh, and the quarantine protocols in both countries. We are in discussion, so all the factors will come into play.”

“We have to be mindful of the players’ readiness, too, but that’s going to happen. The players will get back to training, but we have to figure out other details about this tour,” he added.

While BCCI is also waiting before taking any call, as there is no decision on the travel restriction from the government. But Indian government have given the green signal to open the stadium without crowd which can help players to train.

“Nothing has been decided as yet because we are not sure what would be the travel restrictions then,” BCCI treasurer Arun Singh Dhumal told Reuters in a telephonic conversation.