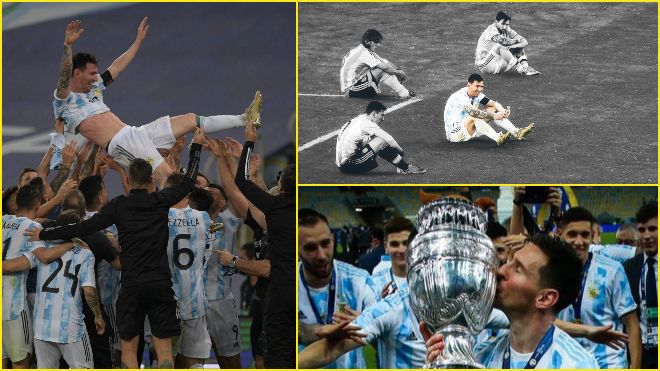 Lionel Messi’s wait for an international trophy is finally over as the genius wins the 2021 Copa America with Argentina. This is Argentina’s first Copa America title since 1993. Messi after having lost four finals has finally overcome the challenge.

Lionel Messi was by far the best player in the tournament as he swept away all the individual awards. Best Player of the Tournament, highest goal scorer, highest assists- everything to one man.

And as expected, as soon as the final whistle went off, fans erupted. Social Media platforms are filled with tributes to Messi and many asking the question- Is the GOAT debate finally over? This was the only missing piece of the puzzle and Messi has found it.

Social Media goes into a frenzy with Messi’s win

Fans out in streets to celebrate

It’s normal to expect fans in Argentina went into party mode as Messi and company lifted the trophy. Supporters danced and celebrated in pubs, restaurants and fan zones. Many took to the streets with flares and flags waving.