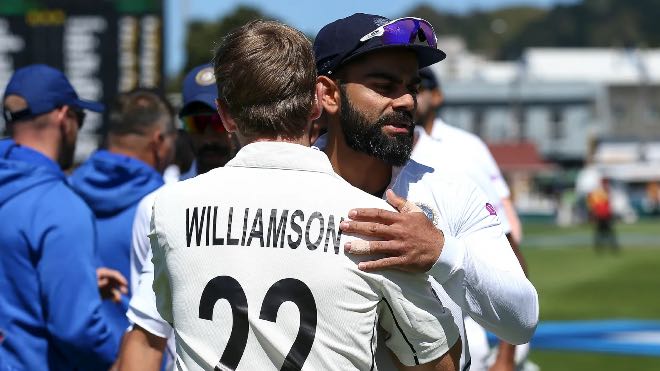 International Cricket Council (ICC) on Thursday (March 11) confirmed that the final of the World Test Championship between India and New Zealand will be played at the Hampshire Bowl, Southampton from June 18 to June 22, 2021.

The decision was taken by the ICC Board members after discussions with the England and Wales Cricket Board (ECB).

In selecting The Hampshire Bowl, the ICC drew on ECB’s experience of delivering a full summer of bio-safe international cricket in 2020. The venue provides world-class playing and training facilities, giving both teams the best possible environment in which to prepare also it has on-site accommodation.

The limited number of fans will likely be allowed into the Hampshire Bowl to watch the final after the UK government’s phased easing of COVID-19 lockdown measures proceeds as planned.

New Zealand were the first team to make the ICC World Test Championship final and they were joined by India following their series win over England which concluded on Saturday.

Geoff Allardice, ICC General Manager, Cricket said, “We are confident that in selecting the Hampshire Bowl, we have given ourselves the best possible chance to successfully deliver the final whilst keeping everyone involved safe and healthy and giving fans the opportunity to watch the two best Test teams in the world go head-to-head for the right to call themselves the ICC World Test Champions.”

Tom Harrison, Chief Executive Officer, England and Wales Cricket Board said, “We are delighted that the ICC has chosen to host the inaugural World Test Championship Final at The Hampshire Bowl. As the world’s first fully bio-secure cricket venue, it has shown itself capable of delivering international matches to the highest of standards, even against the backdrop of a global pandemic. I am sure the finale of the ICC World Test Championship will be a wonderful occasion.”

Rod Bransgrove, Hampshire Cricket Chairman, said, “We are honoured and delighted that The Hampshire Bowl has been appointed as the host venue for the inaugural ICC World Test Championship Final. I should like to sincerely thank the ICC for this huge demonstration of confidence in our capabilities and the ECB for its significant support of the venue as host of what will be the biggest Test Match event ever staged.”