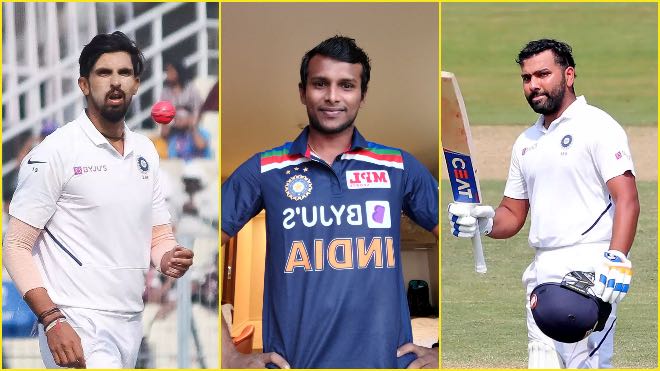 Young pacer T Natarajan has been added to India’s squad for the three-match ODI series against Australia starting Friday (November 27) in Sydney. All-India Senior Selection Committee has added left-arm bowler as a cover for Navdeep Saini, who had complained of a back spasm, The Board of Control for Cricket in India (BCCI) said in a statement.

BCCI has also updated on the Rohit Sharma and Ishant Sharma fitness for the Australia Tour. Rohit Sharma’s next assume the will be on December 11 after which BCCI have clarity on his participation.

Rohit Sharma had to come back to Mumbai after the IPL to attend his ailing father. His father is now recuperating well and that has allowed him to travel to the NCA and undergoing rehabilitation.

“Rohit Sharma’s next assessment will be conducted on December 11th following which the BCCI will have clarity on his participation in the upcoming Border-Gavaskar Trophy in Australia,” BCCI said in the statement.

This statement has also come after Kohli opening about the waiting game and lack of clarity regarding Rohit Sharma availability. Earlier today, answering media queries online ahead of the ODI series against Australia starting on Friday, speaking about Rohit, Kohli said there has been no information and there is lack of clarity.

“Before the selection meeting, we got a mail that he is unavailable, that he has picked up an injury during the IPL. It said that the pros and cons of the injury were explained to him and he understood and he was unavailable,” Kohli said.

“After that (the selection meeting) he played in the IPL and we all thought he would be on that flight to Australia and we had no information on why he is not travelling with us. There has been no information, there has been lack of clarity. We have been playing the waiting game,” he added.

In the statement, BCCI also said that the Ishant Sharma has ruled out of the Test series against Australia. Thought statement also added that the Ishant has recovered completely from his side strain injury sustained during IPL 2020 in the U.A.E.

“While he’s building up his workload in order to achieve Test match fitness, Mr Ishant Sharma has been ruled out of the Border-Gavaskar Trophy,” the statement added.