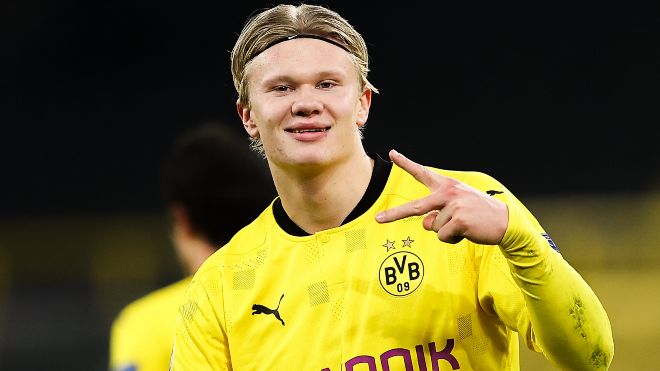 That's a lot of money: Erling Haaland responds to the price set by Borussia Dortmund for Chelsea

Erling Braut Haaland is currently one of the most talented footballers in Europe. The Norwegian youngster is a prolific striker and is one of the integral members of this young Borussia Dortmund team.

Hence it’s natural that several big clubs are eyeing up Erling Haaland. Amongst the interested parties, Chelsea are the most prominent. Whereas others are intimidated by the hefty price tag, the blues remain in the hunt.

Haaland himself is known for his funny interviews. Hence when questioned about his future couldn’t restrain himself from cracking jokes. When he learnt about the £175 million value for him, he couldn’t believe it!

“Before yesterday I hadn’t spoken with my agent for a month. So there you have the answer,” Haaland said in the interview.

“I hope it’s only rumours because it’s a lot of money for a person,” headded.

“First of all I have three years left on my contract. I’m enjoying my time here. But of course the trophy was important because that’s what I want,” he added.

Moreover, Haaland is teasing the news reporters as well by asking them if they’re are any new reports about his move.

“I had a little chat with him today, actually. He just passed by and asked me, ‘Hey are there any news about me?” said reporter Eichmann.