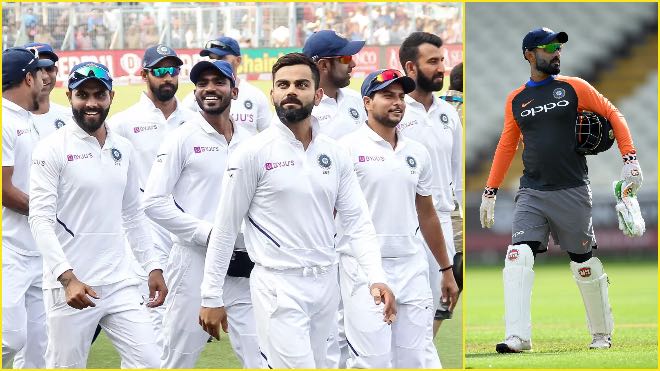 They're the greatest side ever!: Dinesh Karthik lauds Virat Kohli and company ahead of WTC final

Former Indian wicketkeeper Dinesh Karthik has healed praise on the current Indian side. The Tamil Nadu player said that the Virat Kohli led team is the finest Indian side to ever play. That is some serious level of praise for the men in blue.

The current Indian squad is extremely talented no doubt. It has got all the right ingredients required to win. Exceptional batsmen and ferocious fast bowlers combined with skillful spinners and all-rounders. Moreover the team is athletic in the field as well.

Ahead of the ICC World Test Championship Final, these comments from Karthik will surely boost the Indian team. They are up against New Zealand in the final test which starts on the 18th of June.

India finished on top of the WTC points table with 520 points and a percentage of 72.2. They have won both the last two series in Australia and have finished as the No.1 Test side for the last five years in a row.

“I think this is probably the strongest Test team from the time they started playing. There are some terrific fast bowlers, world-class spinners, a high-class batting line-up and an all-rounder who gives the flexibility to play an extra batter or a bowler. This is probably the best Indian team that has played. Rightfully so, they are playing the World Test Championship final,” Dinesh Karthik said.

This is probably the best Indian team that has even been out in the park. I haven’t seen Ajit Wadekar’s 1971 team but I do think this is one of the most versatile, it’s got the greatest number of options in terms of bowling and batting,” he added.