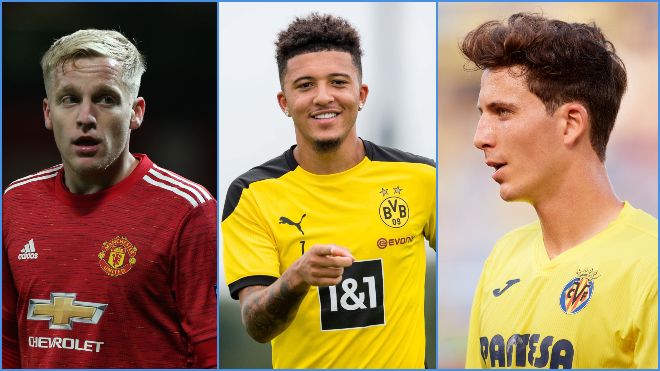 Borussia Dortmund are having growing doubts over if Manchester United can fund the move for Jadon Sancho. The Red Devils have been circling around for Jadon Sancho since the beginning of last season but still haven’t been able to make any progress.

There is no ‘new information’ about Jadon Sancho as far as the transfer is considered. Manchester United have been made aware of Borussia Dortmund‘s asking price after their initial offering.

Dutch midfielder Donny Van De Beek could be headed out of Old Trafford this summer. The Ajax youth product came to Manchester United last season for a £40 million price tag. However, his time in the Premier League hasn’t been up to the mark.

Ole Gunnar Solskjær has hardly used the man and there is growing concern over Van De Beek’s future. According to the latest reports, three Italian clubs are interested in signing up Donny Van De Beek on loan. They are – Inter Milan, AC Milan and AS Roma.

After struggling to make progress with the transfer of Raphael Varane, Manchester United have shifted focus on Villarreal centre back Pau Torres. However, when asked about his future, Pau Torres said that he is currently focused on performing well at the Euros.

“Now I’m focused on the Euros. Then the Super Cup and nice things will come, so I’m totally calm. I live in my home town, very quiet, doing beautiful things and fighting for great things with my hometown team,” Torres said.