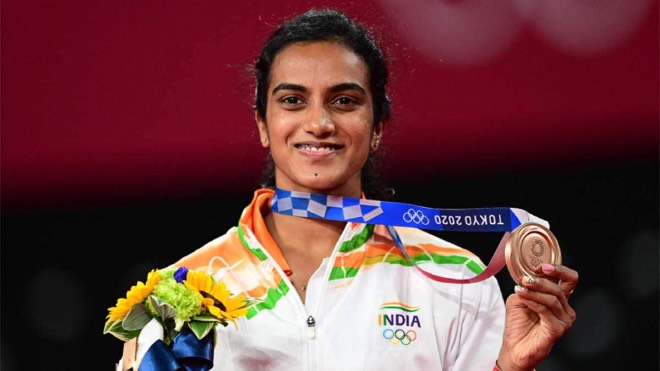 India’s Pusarla Venkata Sindhu won her third-place match at the Tokyo Olympics against China’s He Bingjaio. Sindhu won the game in two straight sets 21- 13 and 21-15 to bring home the bronze medal for the nation.

The seventh-seeded Indian shuttler was completely dominant over China’s 9th seeded He Bingjaio. The duo had met previously on 15 occasions with Bingjaio winning on 9 occasions.

PV Sindhu’s bronze means she’s only the second Indian athlete to have two individual Olympic medals in her name. Only wrestler Sushil Kumar has two with a bronze at Beijing and a silver at London 2012.

On the other hand, China’s YF Chen managed to overcome PV Sindhu’s semifinalist Tai Tzu-Ying in the battle for gold. Chen won 21-18 and 21-19 in a nail-biting finish.

“It was a fresh game altogether, we both had losses yesterday and came back. For us, it was very important in getting a medal for the country and at the Olympics. It’s not easy. It’s a big thing. There were really long rallies but I had to be patient and calm. Even though I was leading, I did not relax,” said Sindhu after securing the bronze.

“I’m on cloud nine. I’m going to enjoy this moment. My family have worked hard for me and put in a lot of effort so I’m very thankful. And my sponsors have given me their best so I’d like to thank them and enjoy the moment. A lot of Indian fans showed me their love and support and I’m very thankful to each and everyone of them. Definitely lots of love and support and kisses,” she added.