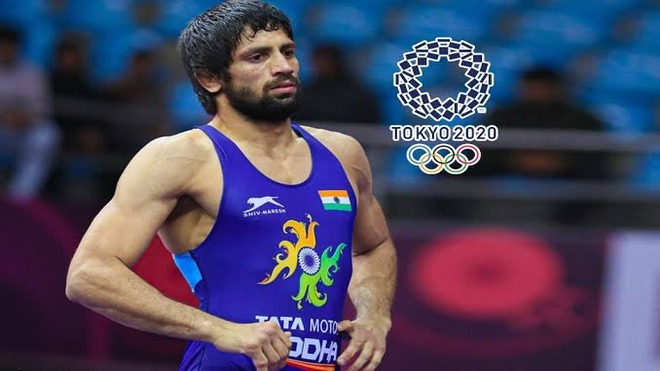 Day 12 for the Indian contingent at the Tokyo Olympics had both highs as well as lows. Lovlina Borgohain brought home India’s third medal in the competition. Although she lost her match 5-0 against Turkey’s Surmeneli, she won the bronze medal.

Wrestler Ravi Kumar Dahiya marches on ahead in the final of the men’s 57 kg category. The wrestler put on an incredible display to record one of the greatest comebacks in competitive wrestling at the Olympic games.

Dahiya was losing 1-9 against Nurislam Sanayev of Kazakhstan. However he made a brilliant comeback into the game to come to 7-9. He won on the grounds of technical superiority. Ravi Kumar Dahiya will now battle for the gold medal against Zaur Uguev of the ROC.

Neeraj Chopra breezed through in the qualification rounds of the men’s javelin throw. The boy from Haryana finished on top with a 86.65 m throw. Vetter from Germany finished second with a throw of 85.64m.

Indian women’s hockey team’s run up to the gold medal came to an end. A spirited performance ended in a 2-1 defeat to number 2 ranked Argentina. At the end of the day, Argentina were the better team having created more chances to score.

India took the lead through Gurprit Kaur in the first quarter. However at the start of the second quarter Argentina started to press and equalised from a penalty corner. Maria Noel Barrionuevo scored the goal.

A second goal from her dampened India’s chances. The Indian players put up a spirited performance and did come close at the end but couldn’t find a way through. They will now play Great Britain for the bronze medal.