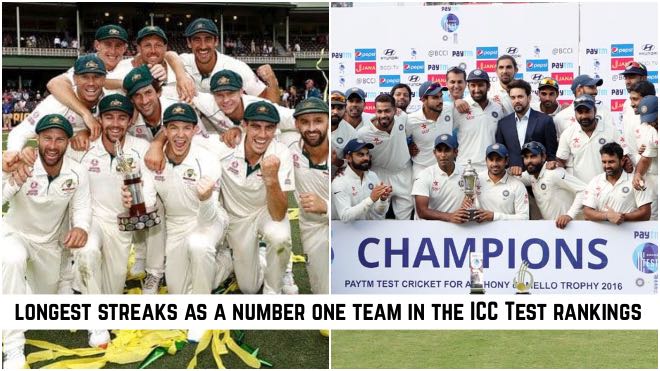 ICC introduced the ICC Test ranking in 2003 to increase the competition between the Test-playing nation. 12 nations have got Test status and are ranked under this system.

With the start of Test rankings, Australia was leading the Test ranking, and it went on for 74 months, from June 2003 to July 2009. South Africa dethroned Australia in August 2009.

India had at the top spot for the good 43 months from October 2006 to April 2020. Then in May 2020 Australia have taken over from India as the top-ranked side in the ICC Men’s Test Team Rankings.

After taking over from India as number one Test team, England held the position for 12 months from August 2011 to August 2012.