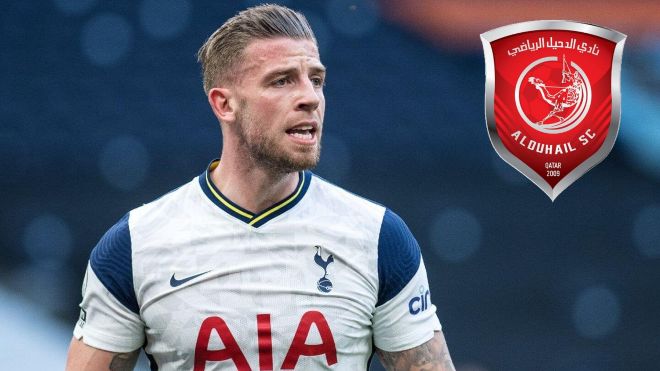 Tottenham Hotspur defender Toby Alderweireld has left the club to sign up for Qatari team Al-Duhail the team announced on Tuesday. This brings an end to Alderweireld’s six-year stay at the London club.

During his time at Tottenham Hotspur, Toby Alderweireld was an integral part of the team under manager Mauricio Pochettino and formed a good partnership with fellow Belgian international Jan Vertonghen.

He was part of the Tottenham Hotspur side that managed to finish second on two occasions once in the 2015/16 season and the in the 2016/17 season. Alderweireld was also part of the team which reached the UEFA Champions League final in 2019.

Toby Alderweireld was brought in by Tottenham Hotspur in 2015. He has made a total of 236 appearances for the club in these six years. Al Duhail have managed to get hold of him for £13 million according to reports.

“We have reached agreement with Al-Duhail SC in Qatar for the transfer of Toby Alderweireld,” said Tottenham Hotspur in an official statement about the transfer.

Toby Alderweireld bid adieu to Tottenham Hotspur fans in an emotional message he posted on his Twitter, “Six years, two homes, a Champions League final and so many memories.”

“You made me feel a part of your club from the moment I walked out at White Hart Lane and roared us on, no matter what, into our new, special, stadium,” he added.

“Thank you first to the fans and then to my teammates and every incredible member of the Spurs staff, backroom and beyond. This club will always be in mine and my family’s heart. Love Toby,” he said.