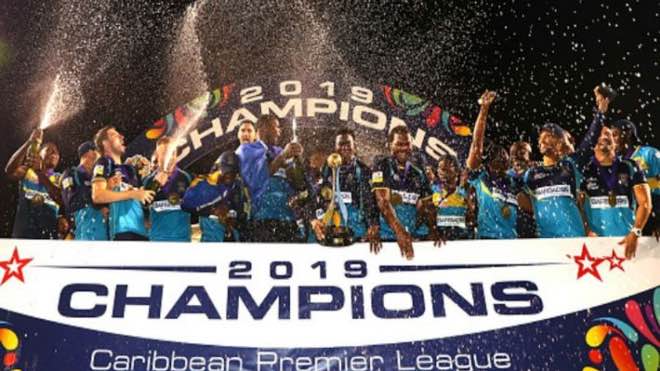 Trinidad & Tobago will host the 8th season of the Caribbean Premier League (CPL 2020) between August 18 and September 10 after getting the final approval from the local government.

“We will continue to monitor the situation concerning COVID-19 and to be on top of it, as it is a rolling situation and requires different rules and regulations as time goes on,” Trinidad & Tobago minister of sport and youth affairs Shamfa Cudjoe said in a news conference.

A total of 33 matches including two semifinals and a final will be played behind closed doors at the two stadiums, the Queen’s Park Oval at Port-of-Spain and the Brian Lara Cricket Stadium at Tarouba.

On CPL behind closed doors, Shamfa Cudjoe said, “Put on a T-shirt, fly our flags, dance and do all the wonderful things we usually do at CPL, we can do so from our homes. It will have to be recorded and broadcast. So, we are happy to partner with CPL once again.”

As per the agreement between the CPL and the T&T government, all the participants including team management of the six franchises, the organisers and the rest of the crews – will need to self-isolate for two weeks before they board their flights, and for two weeks upon arrival in T&T. Also, they should be tested negative before boarding for Trinidad and Tobago. On arrival at Trinidad & Tobago, they will be tested and followed by two more tests – seven days and 14 days after their arrival.

“We would have sat and negotiated the COVID protocols as it relates to quarantining before they (players) leave their home country when they arrive in Trinidad & Tobago to have the quarantining done here as well. They would be tested before leaving home to ensure they are negative, tested when they get here to Trinidad & Tobago. Tested on their seventh day and then tested again on their fourteenth day,” she further said.

All the six teams will stay at the same hotel (Hilton Trinidad, St Ann’s) in a bio-secure bubble, where no other guests will be allowed. Each team will be divided into the mini-cluster so that in case of a positive case during the tournament, that cluster can be self-isolated.

According to the Cudjoe, CPL will provide an enormous opportunity to market the Trinidad & Tobago as a tourist destination.

“A tremendous opportunity for the country to market itself as a tourism destination and as a safe place of choice as we champion this whole safety as it relates to COVID-19,” she said.

“They are bringing in two crews to do digital advertising and to develop any videos marketing the Trinidad and Tobago destination, our people and our culture,” she said.