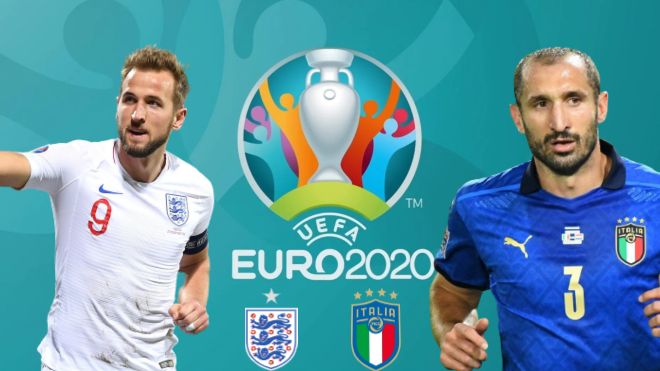 The finale of the 2020 UEFA European Championship is upon us as England and Italy lock horns under the lights at Wembley stadium. After a tournament filled with twists and turns at every stage, we come down to the showdown.

Will it be Gareth Southgate’s bold and young English side or will it be Roberto Mancini’s resilient and fearless Italians. A mouth-watering prospect awaits football fans and we just can’t wait.

England defeated Denmark in the semifinals by two goals to one with a late penalty in extra time from Harry Kane. On the other hand, Italy defeated Spain in a tense match which went all the way to a penalty shootout.

When is the UEFA Euro final?

Where is the venue of the final?

The UEFA Euro 2020 Final between hosts England and Italy is going to be played at the Wembley Stadium.