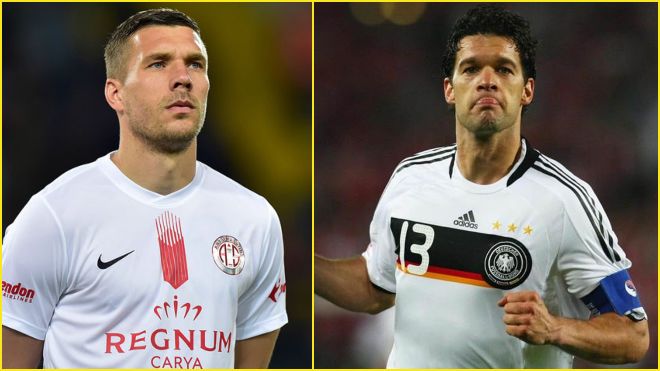 Germany fell to a 2-0 defeat against England in the round of sixteen in the European Championship on Tuesday night. Raheem Sterling and Harry Kane found the back of the net for England as Thomas Mueller missed an open goal for the Germans.

Germany put up a lacklustre performance at Wembley stadium. They didn’t create enough clear cut opportunities and didn’t find enough ways to break down the English defence. This has been heavily criticised by former players Lukas Podolski and Michael Ballack.

“[It was] sobering, unconscious. The first half showed that we had no answers, that we had withdrawn unnecessarily. I don’t understand why he waited so long to make his substitutions,” Ballack said on MagentaTV.

On the other hand, Lukas Podolski said the player’s had absolutely no will to score a goal. The former prolific striker even went further and said the Germans were so oblivious to their surroundings that even a fire on the ground wouldn’t wake them up.

“There was a lack of ambition, a lack of fighting spirit. It all seems so bleak when you see the faces of the players; there’s nothing that moves. A fire could break out in the stadium, and they would stay on the pitch. We’re missing the absolute will to score a goal,” he told on BILD’s podcast.

This was Joachim Loew’s 198th match in charge of the German National Team. Many hoped there would be a fairytale ending for the coach and he will cross 200 matches. Joachim Loew won the FIFA World Cup in 2014 with Germany. Hansi Flick will be succeeding him.