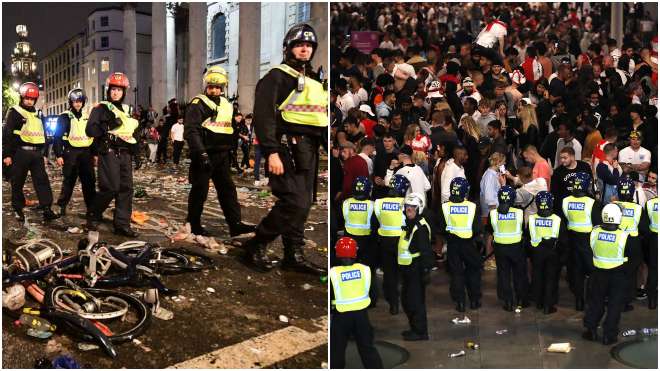 UEFA Euro 2020: Police says the final would have been called off due to 'disturbances and rowdyism'

Italy won the UEFA Euro 2020 after defeating England on penalties in the final at Wembley stadium. The Italians registered a 3-2 victory from the spot-kicks as the match ended 1-1 in regulation playing time.

It caps off a wonderful tournament with some brilliant football on display. Some high-intensity matches and nail-biting action throughout the tournament along with some lip snacking goals on display.

However, the behaviour of the English fans was utterly disgraceful and not at all synonymous with the way the tournament has been conducted. English fans created a major ruckus before the start of the game which troubled the law enforcement agencies.

The police on duty at Wembley Stadium have said that the final was at risk of being called off after many fans created problems. Many tried to enter the stadium forcefully and even engaged in fist fights with the Italian supporters.

“I am in no doubt that their swift action prevented any further escalation. Frustratingly, 19 of our officers were injured during the course of Sunday’s policing operation when confronting volatile crowds,” said a statement on Met Police’s website.

“I do not accept that the policing operation failed and I stand by the difficult decisions made by police officers and the Met’s public order commanders. Without their immediate intervention, it is possible that this game could have been abandoned,” statement added.

“The ugly scenes at Wembley on Sunday night will rightly be reviewed by the Football Association and by police. Where lessons can be learnt we will work with partners to ensure that future matches are not disrupted by a group of hooligans who are fueled on alcohol,” it further added.