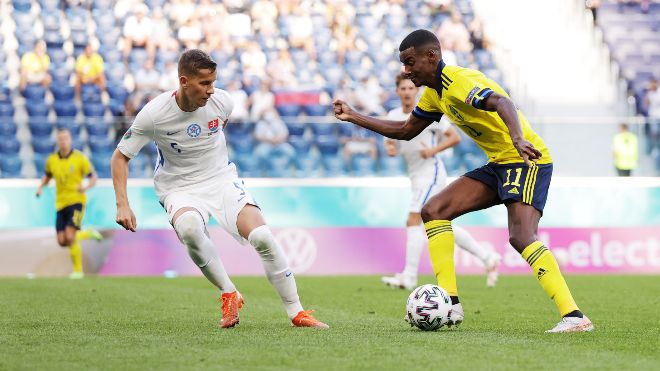 Sweden registered a 1-0 win over Slovakia in the group stage of the European Championship on Friday night. Emil Forsberg’s penalty in the 77th minute of the match was the solitary goal scored in the game as the Nordic side took all three points.

The Swedes ended a six-game unbeaten run for Slovakia. They were last beaten 2-0 against the Czech Republic in November 2020 in the UEFA Nations League.

For Sweden, this is their fourth win in the last seven games in major tournaments. They have drawn 2 and lost only one. This a great record given that they managed to do the same previously in the last 19 matches at the major competition (Euros and FIFA World Cup).

Moreover, Sweden have now kept a clean sheet in their opening two games for only a third time. Jan Olof Andersson’s men will be happy with their performance at Saint Petersburg tonight.

Martin Dubravka was completely at fault for the penalty conceded. Isak did well to play the ball through for Quaison to chase. He in turn was swiped out by Dubravka as the referee pointed to the spot.

Emil Forsberg’s penalty was a well-taken one. Although Dubravka went the right way he was unable to stop the shot. A powerful hit into the bottom right-hand corner, which left the goalkeeper with no chance.

Sweden’s Alexander Isak took home the man of the match award. A well-deserved prize to the youngster who was at the helm of the Swedish attack. Isak’s ball control and movement are extremely impressive and he will be noticed by many.