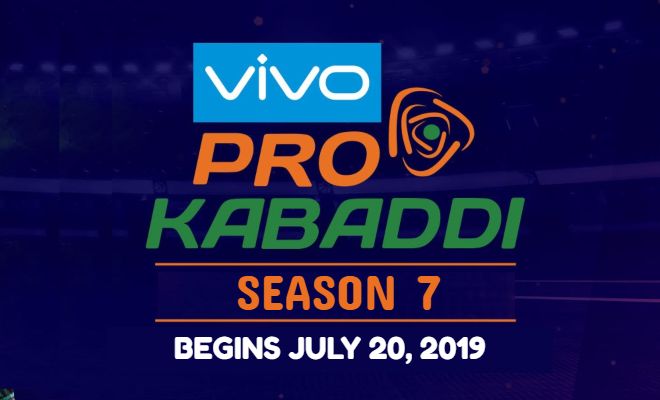 Schedule of VIVO Pro Kabaddi Season 7 (2019) has been announced and is set to begin from July 20, 2019, and the finals to be held on October 19, 2019. Telugu Titans and U Mumba will play the opening match of the season at the Gachibowli Stadium in Hyderabad. And the defending champions Bengaluru Bulls will face three-time champions Patna Pirates in the second match of the opening day.

Opening Leg will be played at Hyderabad and will then move to Mumbai next. This season will see the return of Pro Kabaddi at Jaipur and Bangalore after a two-year gap.

Timing for the first match of the day is 7:30 pm (IST) and the second match is 8:30 pm (IST). Tuesday will be a rest day and only one match will be played on Thursday, and on all the other days two matches are scheduled.