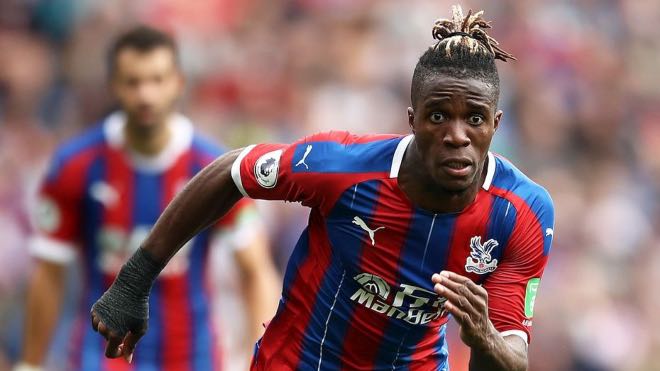 After the seventh minute shot by Andros Townsend in the far corner of the cross by Jeffrey Schlupp, hosts fought hard, but the game fell away from them, as Zaha converted a controversial penalty in the 74th minute.

In order to determine Victor Lindelof’s handling in his own box, Referee Martin Atkinson used a VAR TV display. But after David de Gea saved the spot-kick from Jordan Ayew, Atkinson ordered a retake because the United goalkeeper had moved from the goal line before was supposed to. Zaha was responsible and made no error in the second attempt.

Donny van de Beek scored one goal for Manchester United in ten minutes at his debut, but Zaha hit his former club once more to ensure that Crystal Palace had a deserved to win.

This was an awful day for the manager of United Ole Gunnar Solskjaer. Several of his players were not up to the speed, namely Paul Pogba, the Frenchman was substituted for the second half by debutant Donny van de Beek.

Manchester United boss Ole Gunnar Solskjaer stated after the match said, “You can see we are short and they deserved the points. Today was a performance you don’t see very often from this group. We should look at ourselves in the mirror. Everyone knows we can perform better than this.”

Delighted Palace manager Roy Hodgson spoke to the BBC Match Of The Day said, “I thought that both defensively and offensively we were good. We made certain and kept them playing in front of us, and they could not profit from those spaces they are skilful enough to find.”

“And when we had the ball, I thought we looked very dangerous and threatening, so I don’t think it was a big surprise that we scored three,” he added.