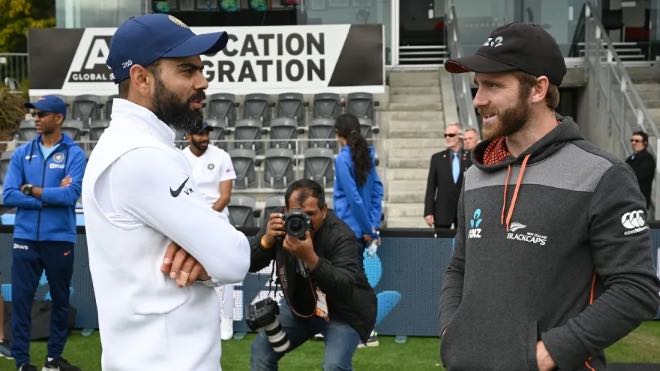 World Test Championship Final to be held at Southampton from June 18-22 between India and New Zealand: Sourav Ganguly

The ICC World Test Championship final, which was originally scheduled to be held at Lord’s in London, has been moved to Southampton. Board of Control for Cricket in India (BCCI) president Sourav Ganguly has confirmed that the ICC World Test Championship final between Virat Kohli-led Team India and Kane Williamson’s New Zealand will be played at Southampton’s Ageas Bowl Stadium from June 18 to June 22, 2021.

“Yeah, it is in Southampton. It was decided long time ago. Due to COVID and they [in Southampton] have the hotel absolutely close. When England resumed play after COVID, they had a lot of matches in Southampton due to the same reason,” he added.

Ganguly was asked about whether the World Test Championship comes together with the 50-over World Cup to which the BCCI president said, “Every trophy has its own value. The 50-over World Cup is an amazing spectacle. It (WTC) was a bit complicated this time because of the pandemic. We will see when every team has played an equal number of games.”

“Massive achievements given what the players have gone through. Right from the IPL in September to early March and they are not finished yet. A good 6 months in bio-bubbles and what they have achieved is fantastic,” Ganguly said.

“Looking forward to the WTC final and I hope we get past New Zealand. Congratulate Rahane, Kohli, everyone involved. The way Pant won India the Brisbane game was excellent,” he added.