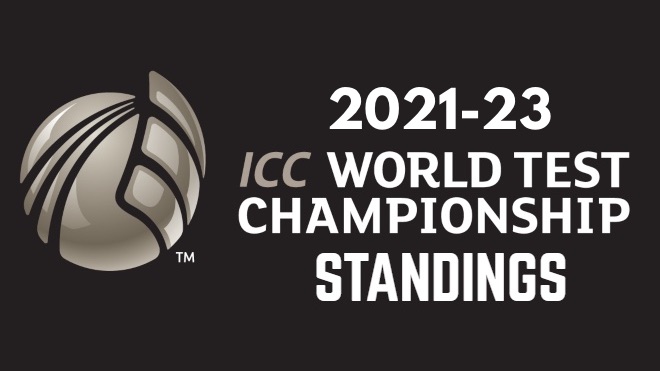 * Teams will be ranked on percentage of points won

* For slow over-rates teams will lose one championship point for each over short.

In 2021-23, the percentage of available points collected will once again determine the standings but the amount of points available per Test has been made uniform.

No matter the length of the series, each Test will now see 12 points awarded for a win, four for a draw and six for a tie. Hence, a five-Test series will have a total of 60 points available and a two-Test series a maximum of 24.

As became the case in the previous edition of WTC, the standings will be determined on the percentage of available points collected.

This system allows the relative performance of teams to be compared at any point in time, meaning the cancellation of any matches or series for any reason does not directly impact the points table.

It will also standardise the imbalance in the number of matches played by teams.

While the teams may not play the same amount of matches in the WTC cycle, each team will play six WTC series – three at home and three away.